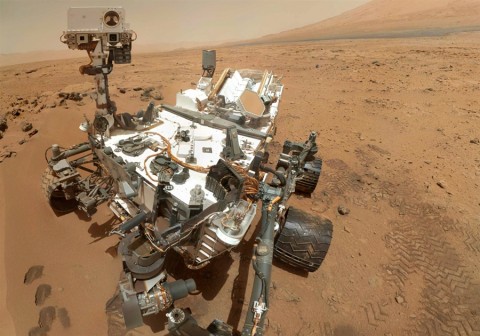 The rover’s goals include: investigation of the Martian climate and geology; assessment of whether the selected field site inside Gale Crater has ever offered environmental conditions favorable for microbial life, including investigation of the role of water; and planetary habitability studies in preparation for future human exploration.

Now do it with LEGO! :) You will just need 7 NXT Bricks, 13 NXT Motors and two Power Function Set, thousands of bricks and hundred of hours. But the result is this increible replica of the Mars Curiosity!