Starcraft is a realtime strategy computer game created by Blizzard for PC. Personally, I was more of Command and Conquer and later of Age of Empires sagas and although I played Starcraft a few times I didn’t enjoy it as much as the others. 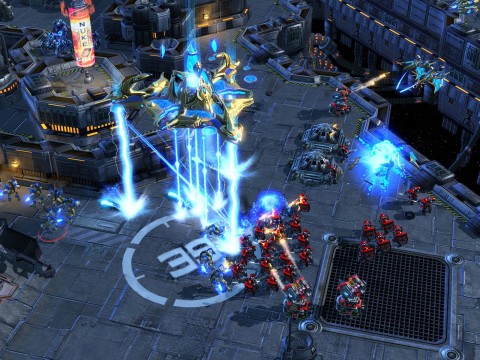 So Starcraft is based in a fictitious timeline during the Earth’s 25th century, the game revolves around three species fighting for dominance in a distant part of the Galaxy known as the Koprulu Sector: the Terrans, humans exiled from Earth skilled at adapting to any situation; the Zerg, a race of insectoid aliens in pursuit of genetic perfection, obsessed with assimilating other races; and the Protoss, a humanoid species with advanced technology and psionic abilities, attempting to preserve their civilization and strict philosophical way of living from the Zerg.

Your point in the game was to gather resources, build an army and crush your rivals, in that order :)

Great, but what it has to do with LEGO?

You guest it! First, we have a great diorama of a Starcraft game. Lot of love and care has been place on it.

And next you need to see this! The Starcraft’s Siege Tank RC!

What did you play: Starcraft or Age of Empires?

1 thought on “How To Take Apart a Million Zergs on Starcraft?”