I thought it was already time to try something on my own. So what could be simpler than a Mountain Bike? 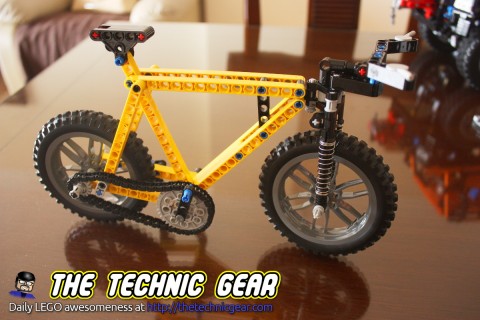 The model is not at scale or anything and I built it just by watching a real mountain bike, I should have used a blueprint… but looked so easy.

I have found several problems while building this, my first, own construction.
First, when I built the rear part of the bike I forgot to make room for the gear, and when I did it was too wide for the chassis. 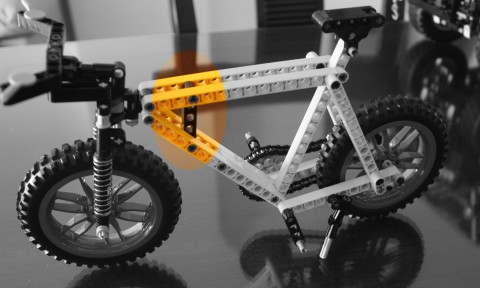 Overall I am happy with the bike but I still have so much to learn…
There are no instructions for this one, but it is so simple that you can really build it just by watching.