Is it possible to rotate the radar over its own axis much like a real radar? Well, I was asked this a few days ago and I though it was a nice question and a interesting building. 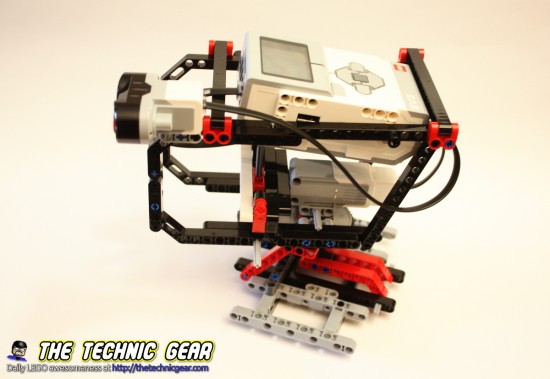 So, yes, it is possible, and above you can see the finished creation. The overall idea is to place the whole radar over a turntable and turn it to make the rotary motion.

You can see it working on the next video.

So I rewrote the program that run the sonar to draw correctly the distances. In this case it is more bold the problem of drawing what would be a circular area into a rectangle shape. As soon as I finish installing LeJOS on the EV3 brick I will write the program in Java and write the part that communicate the robot with the computer so it can be draw on the computer screen instead of the EV3 brick ( which it is pretty unreadable now as it is spinning ).

The program is quite simple. 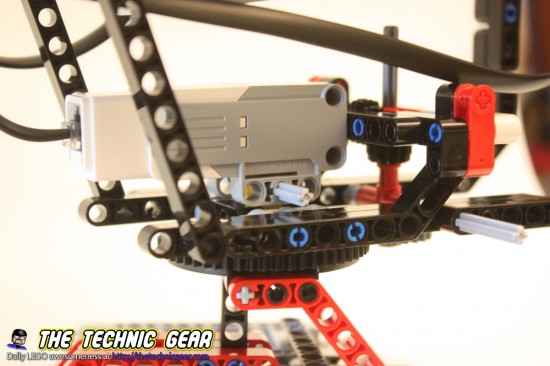 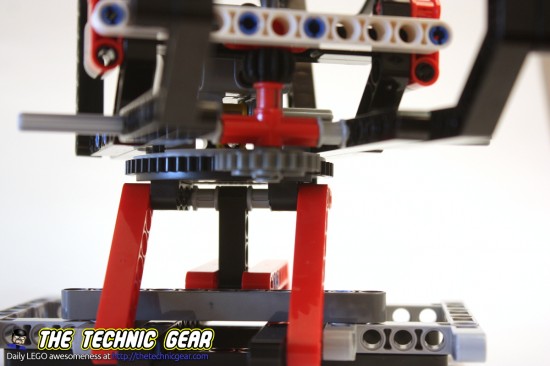 And well… that’s pretty much all the hard stuff of this program.

Well, that’s all folks. Now I am really concentrated on my upcoming LEGO LOGO Turtle or the Sumo Robot or the train diorama or or or or…