My first try with LEGO Technic on my own. This buggy works with one XL Motor for moving and a M Motor for steering both of them controlled with an IR Remote.
Not bad… not bad… barely ten Technic sets and one year later here it is my first RC Technic LEGO car. 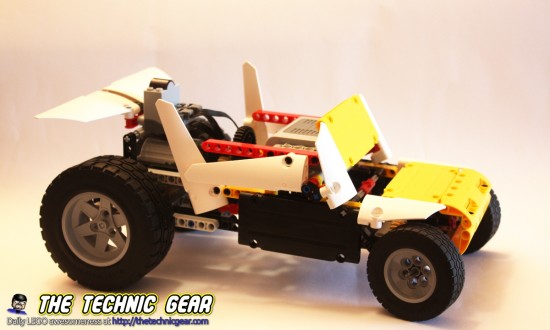 I was taking apart some of the robots that I have built this weekend when I decided that I could try to build a car. I can do LEGO stuff but when it comes to Technic I had ( and still have ) problems creating things because I can’t manage to find the correct part to connect beams the way I want ( I need to build more ). So it was for me more a challenge than any other thing.

So a few hours later and after taking some parts from my trains and from the 4×4 Crawler I created this. 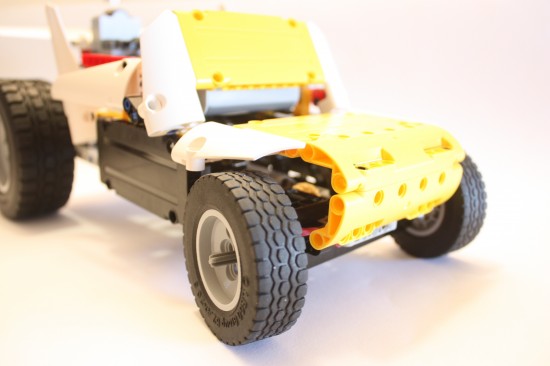 After the first try I realized that the car was way too slow, and I was using the XL-Motor… so I decided to add a gear train… and after a while placing and replacing gears ( so hard to match them ) I came with this. 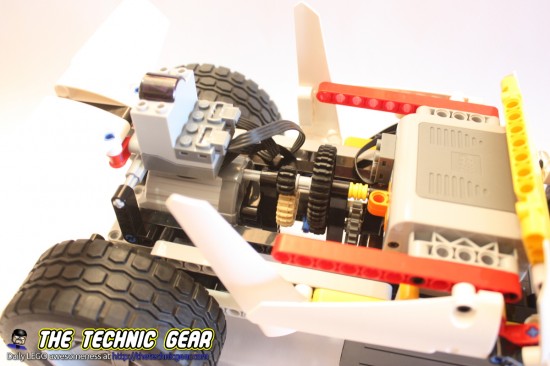 Ok, now I just need my car to steer, so I added the M-motor to control the front axle and a rubber band to keep wheels slightly to the inside ( I read somewhere the car performs better that way… ) 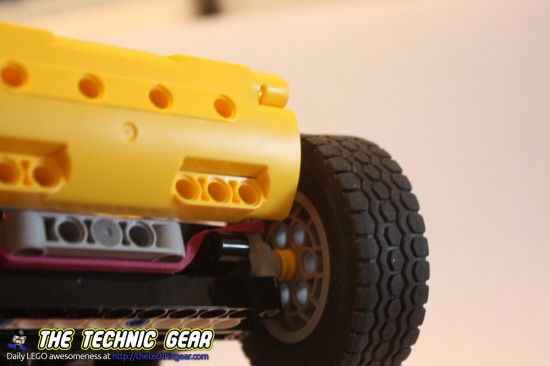 This is the car bottom part. 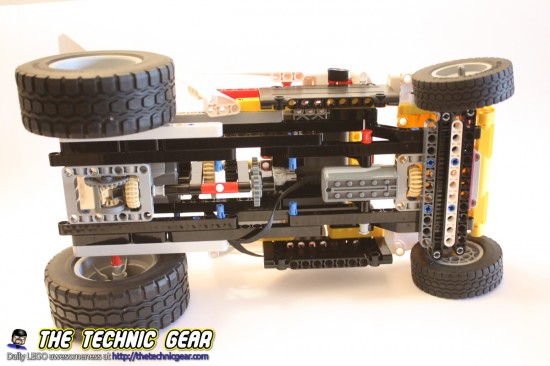 And here is a video of how it performs.

I am really not happy at all with the results but I have been amazed that I have been able to put all that together :)
As I said it is my first Technic MOC.