Enough! Here you have what you were looking for, a proper LEGO Technic review, today reviewing for you the 42004 Mini Backhoe Loader. 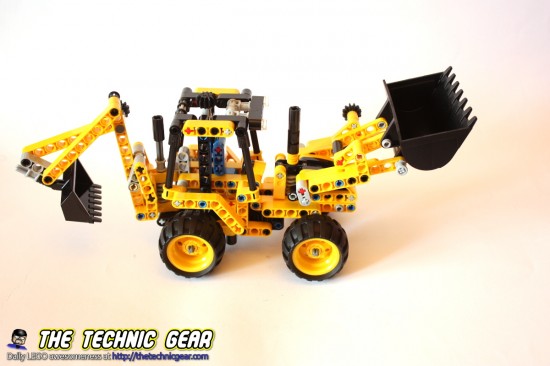 And for once, size and money isn’t that important. A really nice model.

Make any job easier with the iconic Mini Backhoe Loader. This 2-in-1 LEGO Technic model features loads of realistic details, like raising/lowering front arm and tipping front bucket, articulated steering and a raising/lowering/turning backhoe. Construct and create with the 2-in-1 Mini Backhoe Loader that’s modeled after the real thing. Rebuilds into a tough Telehandler with working steering, raising boom and a tipping shovel. 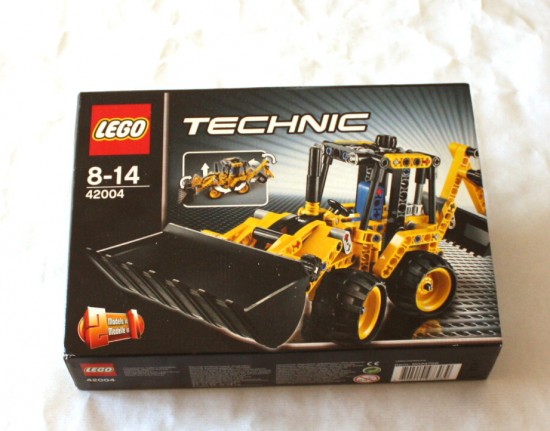 It is a decent box with the Backhoe loader on one side and the telehandler on the other.
It isn’t specially full but you don’t get the feeling of being ripped when you open it.

This is the back side. 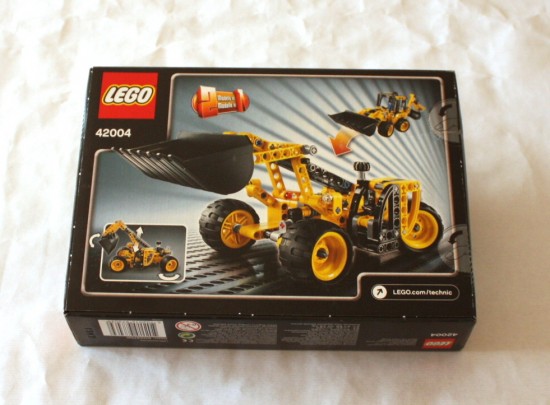 Two intruction manuals but it is pretty straight forward.

This is a delighful model to build because it feature incredible techniques that are a must for bigger, more complex constructions. But as this model is so small you get a clearer inmediate picture of what are you doing.

Here you have my semi-mandatory timelapse building.

As I was writing before… this model is a great pleasure to build. The way it looks, it is incredible how, with so little pieces, close looks to the original thing. Also it is a cool thing to see how most of the stuff works. 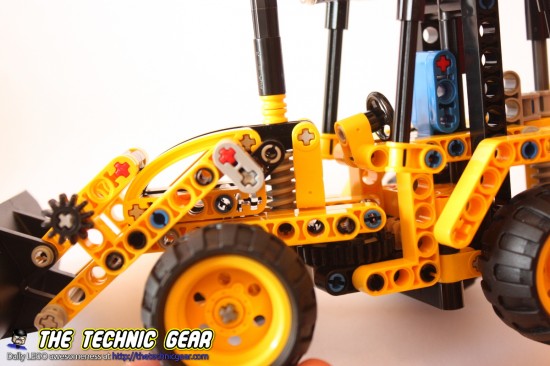 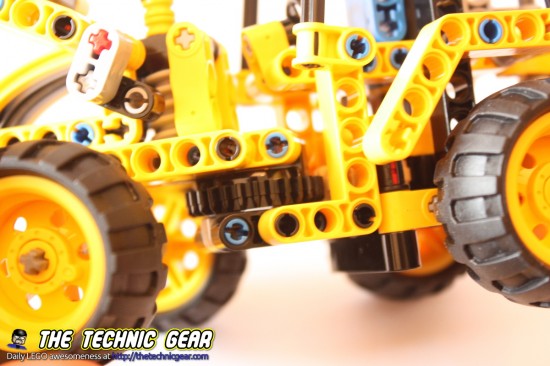 It is pretty cool how this small model mimics the way the real machine turns. It has a small turntable that is geared with an axle that is operated from the top part of the model. 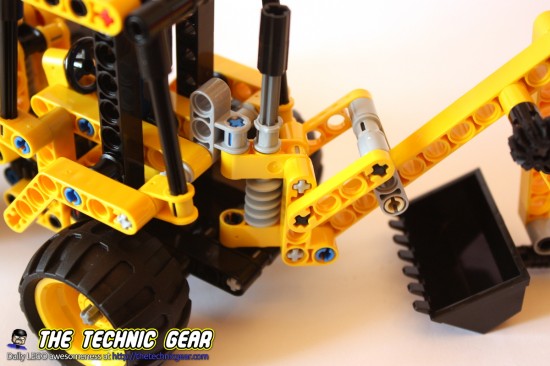 This one works in a very similar way to the front arm.

– Mindblowingly fun to build
– Great price
– So close to the original

– Nothing I can think of.

Definitively! If you have to buy just one LEGO Technic Set, go and buy the 42000 Racer Car but if you can afford another this one is a MUST have. And Amazon has a nice price for it