A few weeks after Christmas I got this small set for barely 7€, so as soon as I have had some spare time I have launched myself into building it. The LEGO Technic Small Truck is as the name says a small LEGO Truck that can be rebuilt into a race car. 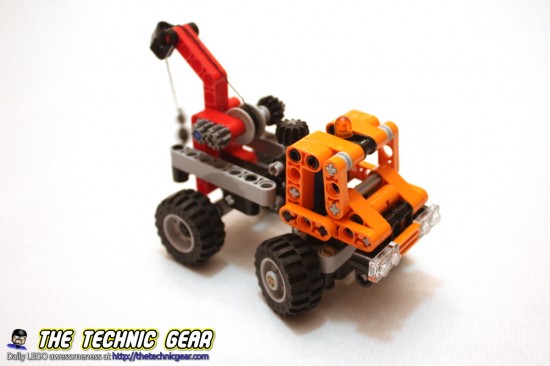 Let’s review it. Of lately, I am finding quite lovely the simplicity of these small models. You really have a clear picture of what you are doing and why.

It has a small box and although it isn’t particularly full. 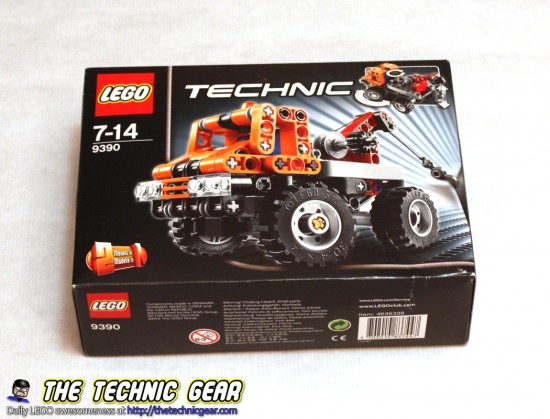 The back side has photos of the model B. 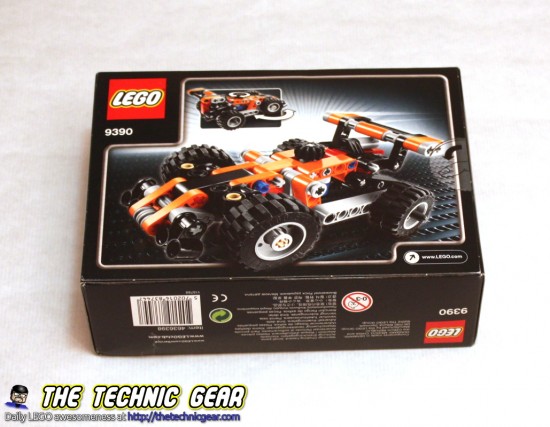 As with many of the small models, yes, I am talking about you Quad Bike, this model comes with both model A and model B. Kudos to LEGO for this.

I am not really sure how much it would cost to add the B instructions manuals in the big models but I usually find discouraging to have to download the PDF manual and use the computer or the iPad to build the model.

As I were telling you, these small models are lovely to build and learn because they are so clear and simple that you can watch most of the physics behind it, and learn a lot in the way.

The model is quite simple but there are two places worth mention. 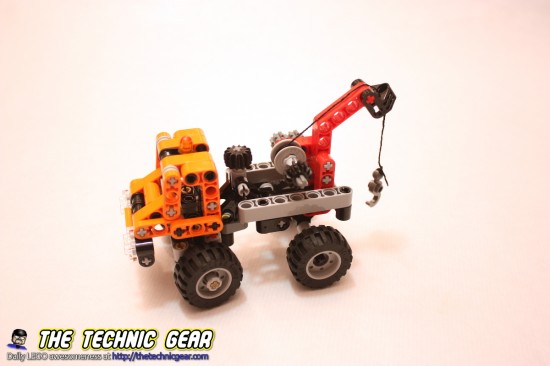 Instead of being done in the way big models do it, this small truck has a quite simple way of steering the wheels using a small gear on the top of it that it is attached to the beam that joins both wheels. Clever, simple and works ( at least at this scale ).

Also, another milestone of simplicity. Usually bigger models, like the Unimog, the Tow Truck or the Mobile Crane, use a worm gear to keep the wrench in place but at this scale they just used a gear linked to another gear that it is inserted in a beam using a blue peg so it has a decent amount of friction.

It won’t change your life, but it is a pleasure to build.

– Simple to build
– Fun to play with
– Great way of learning

– Many of the things you may learn are not scalable to bigger models.

Yes, definitively!. It is simply fun. And you can find it at Amazon